On 3 June, Studio Complex opens up their doors to let the summer wind into their new home and invites neighbors, fellow artists and creators, curious minds and everyone interested to spend the day together. From 12-18h we'll be welcoming visitors to our OPEN DAG!

'Madame Jeannette's Wandering Kitchen' will cater for the 'Living Village Festival' from 18-24 June and will then travel further to cook at 'Fusion Festival' from 27 June-1 July in Laerz, Germany!

For 'Madame Jeannette's Wandering Kitchen', the festival season has started again! On 20-21 May the food truck around Malou Coerman brought plantbased deliciousness to the poetry festival 'Vurige Tongen Festival 2018' at Ruigoord in Amsterdam after having provided healthy food for hungry bellies at 'Green Vibrations Festival' in Enschede on 10 May.

Recently founded, Sickhouse, an initiative by Marie Janin and Aike Lütkemöller, is the Interdisciplinary Creative Lab open to develop and support experimental, interactive, fun researches. This year, the team of sickhouse is developing an ongoing program around the theme Immortality which will culminate in this year's Overkill Festival! At Sickhouse you'll find Art (a lot of interactivity), Games (Indies, VR, AR...), creative thinking, films (alternative screenings), Music (especially 8 bits and Modular synthesiser craziness)... 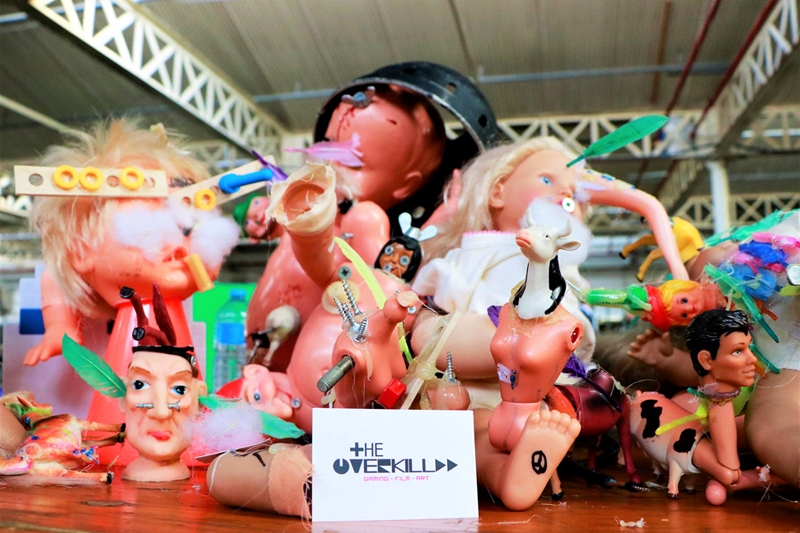 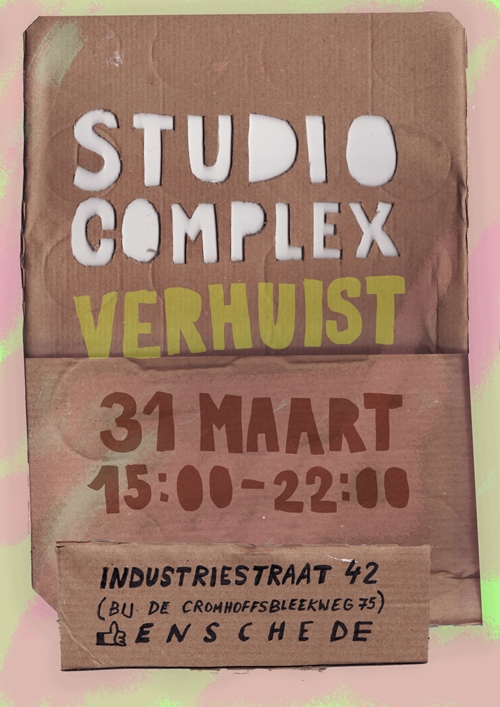 On 15 March, ABGEHACKT performed at Kiste - a tiny temporary project space. Together, Christopher Bohlen, Leila Orth, Jan Krühler and Jeannette Petrik presented an installation and sound performance in and around the space. ↓ 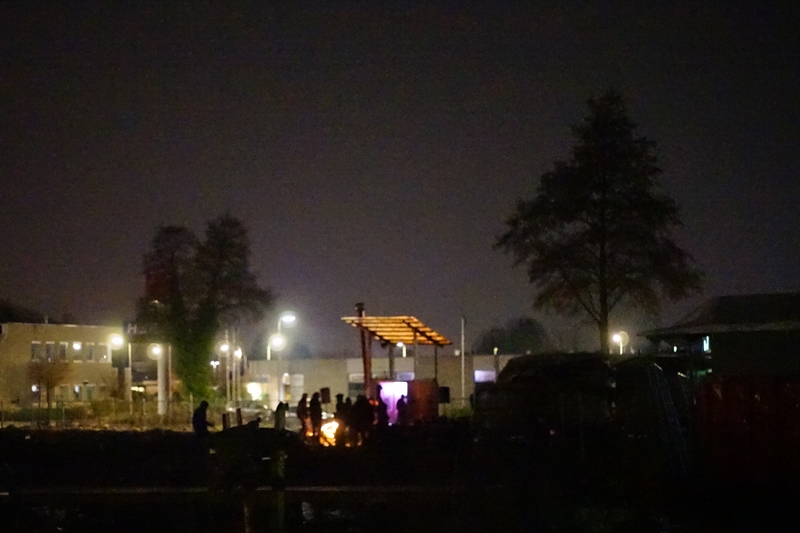 'The Loch is Fucking Dead' Festival on 10 March: After more than 6 years of experimental DIY shows in Enschede, The Loch will close its doors once and for all! Going out with a bang - "The Loch Is Fucking Dead" will be the first and last large music festival at The Loch! Bands from all 6 years will come back together with new acts who've never played The Loch before. ↓ 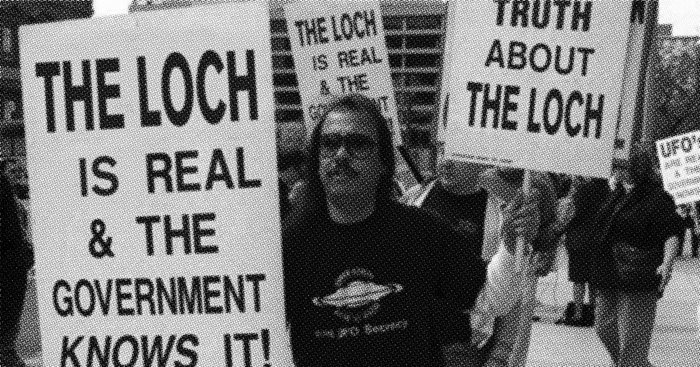 On 10 and 11 February Luuk van Binsbergen opens his atelier for a sale weekend. ↓ 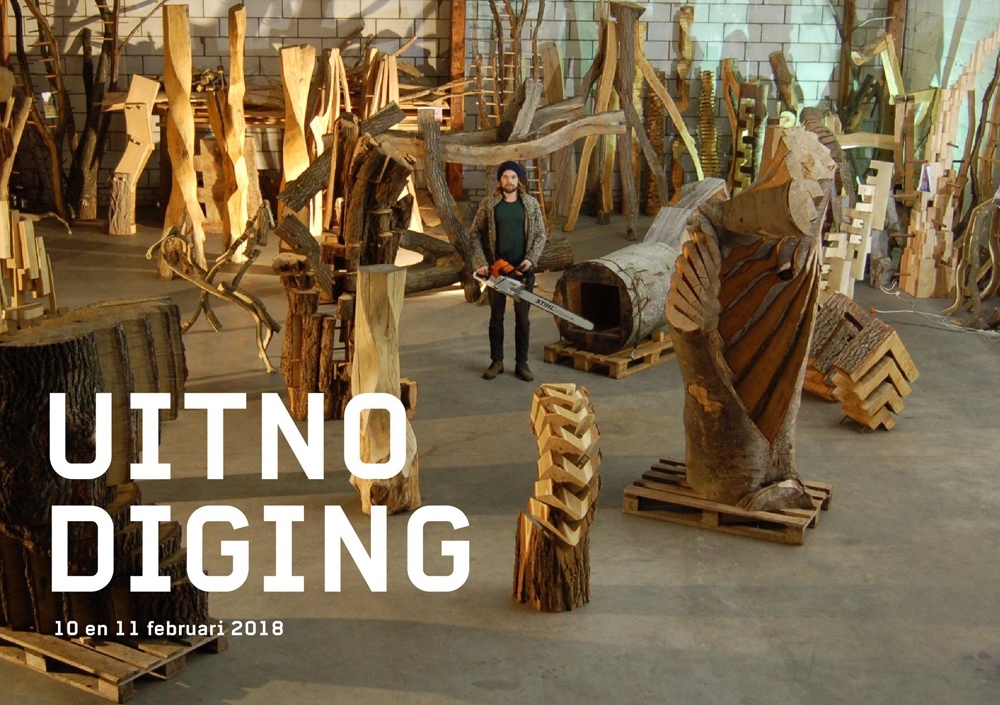 On 13 January 2018 there will be a party at Studio Complex in solidarity with its eviction and relocation. Local DJ's come together to play danceable 'vage shit' alongside some postpunk, wave and techno. Entry on donation. ↓

'Kiste' is a temporary project space located in the young forest of Studio Complex. From Jan-Mar it will be made available to three creative individuals who will use the space for individual site-specific installations. Confirmed interventions include Rianne de Beer on 25 January and Christiopher Bohlen on 1 March 2018. Curated by Jeannette Petrik. ↓

Marie and Aike are developing this year's program for the Overkill which involves monthly events throughout the coming year. The program will be presented in the end of January 2018. www.theoverkill.nl

Hans is developing mobile living units for rent. He's in the process of buying a tiny container which will be the next 'gestalte'. www.bettgestalten.nl ↓ 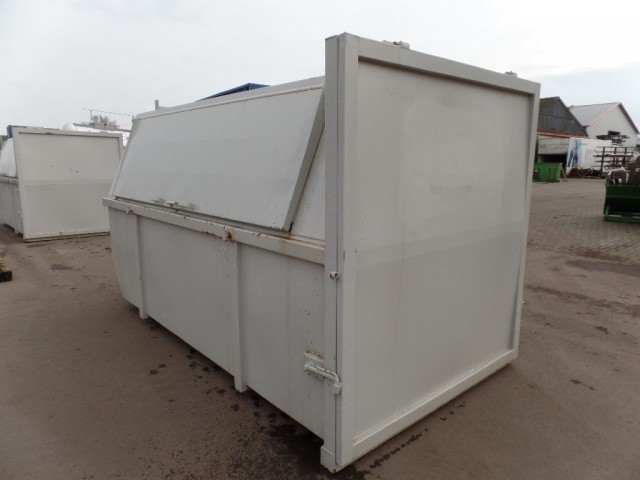 Jeannette has started to document her informal writing practice through a blog.

Together with Maximilian Gallo, Hanna Jurisch, Yul Koh, Erik Ritzel, Philipp Spillmann und Verena Sprich, Jeannette gave a seminar at Prof. Carmen Mörsch's course on art mediation at the Master Art Education at the ZHdK in Zurich in Nov 2017. Content of the seminar was art mediation at documenta 14.

From 27-29 October the Amazing Edition of the Overkill took place. The Overkill is a 48h non-stop festival of independet games and underground movies. Aike and Marie are the festival's artistic directors. www.theoverkill.nl

Together with Pablo Calderon Salazar, Amelie Derveloy, Silvia Dini Modigliani, Zeno Franchini, Giovanni Pezzato and Priscilla Suarez, Jeannette organised informal sessions of workshops and produced DIY publications on the topics of collectivity, action and critique at Onomatopee in Eindhoven during Dutch Design Week 2017. More information on the project can be found here: http://www.radicalcriticality.net

The Karnival participated at ADM Festival in Amsterdam from 12-14 October and created an area of fun and adventurous attractions. ↓ 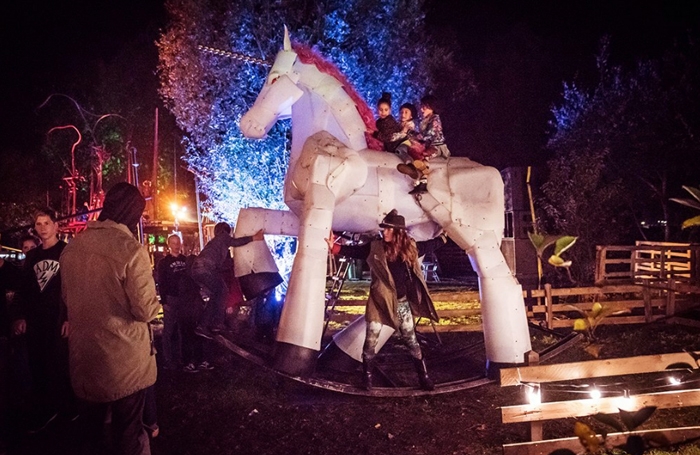 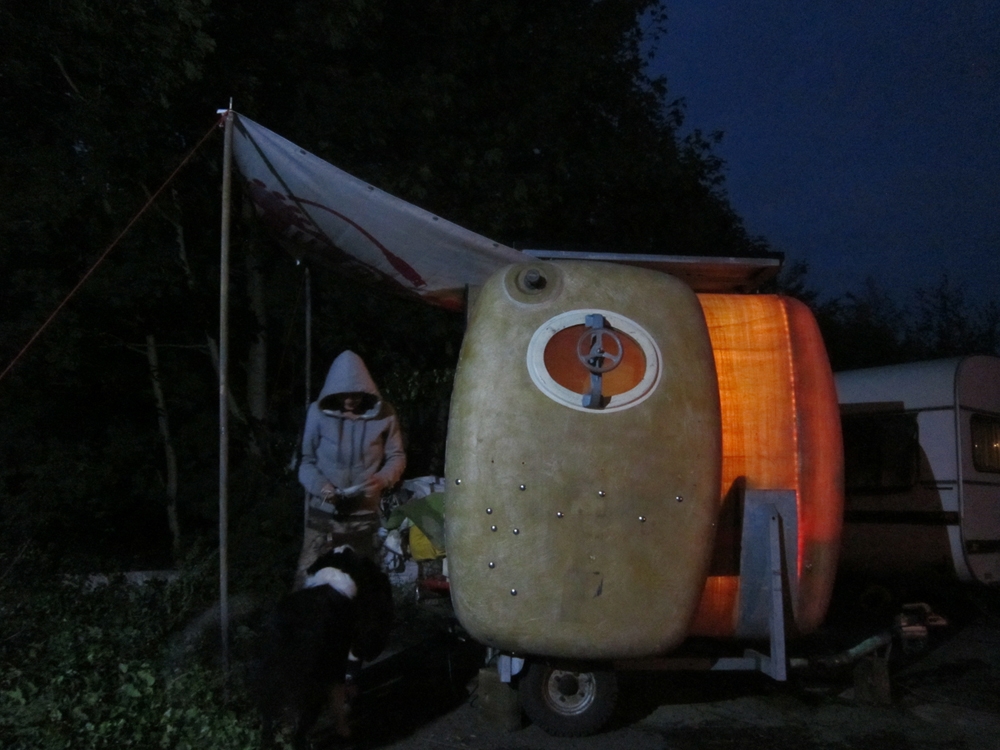 Jeannette published 'Education is always about the future: An Interview with Tania Bruguera' on Temporary Art Review in July 2017. 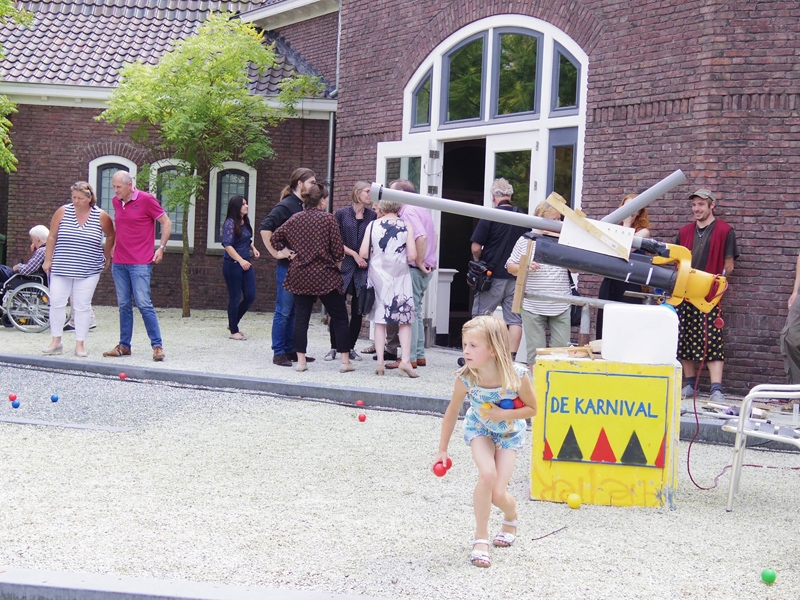 Jeannette has participated at Documenta in Kassel as a member of the Chorus from June until September 2017. This entailed a dialogical, non-hierarchical, associative process of art mediation which centred around uncovering critical themes of the exhibition and discussing hidden knowledge.

In June, the first call for artists for the Krakralucha Residency was published. http://www.transartists.org/air/studio-complex-hangarrrrrr

On Kingsday 2017, the Karnival performed at NDSM Vrijhaven in Amsterdam. ↓ 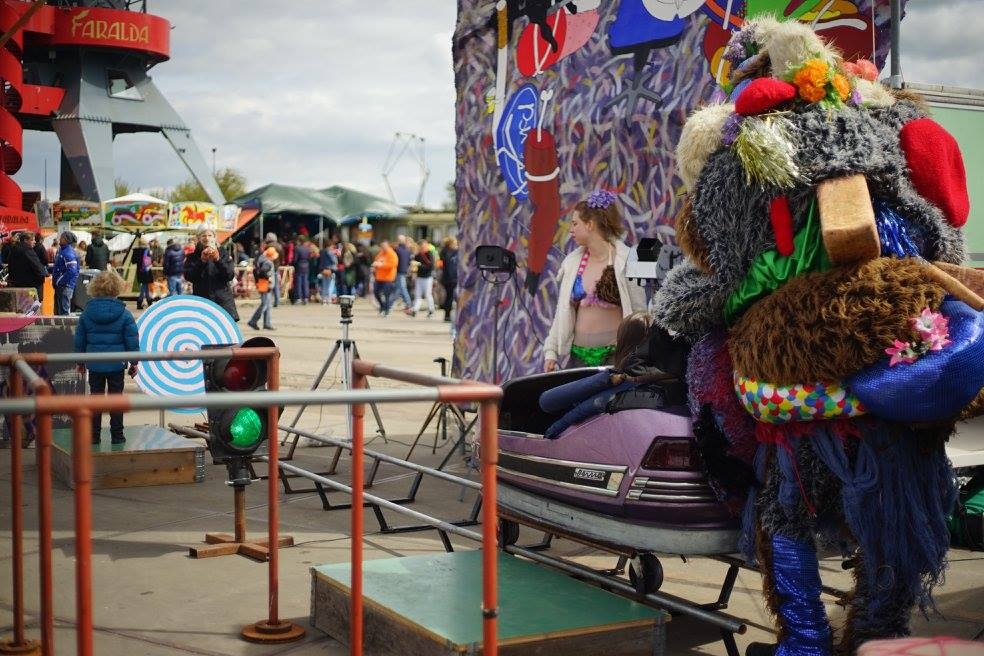 On 18 February, the Karnival participated at Het Grote Fiasco at Casco in Amsterdam. ↓ 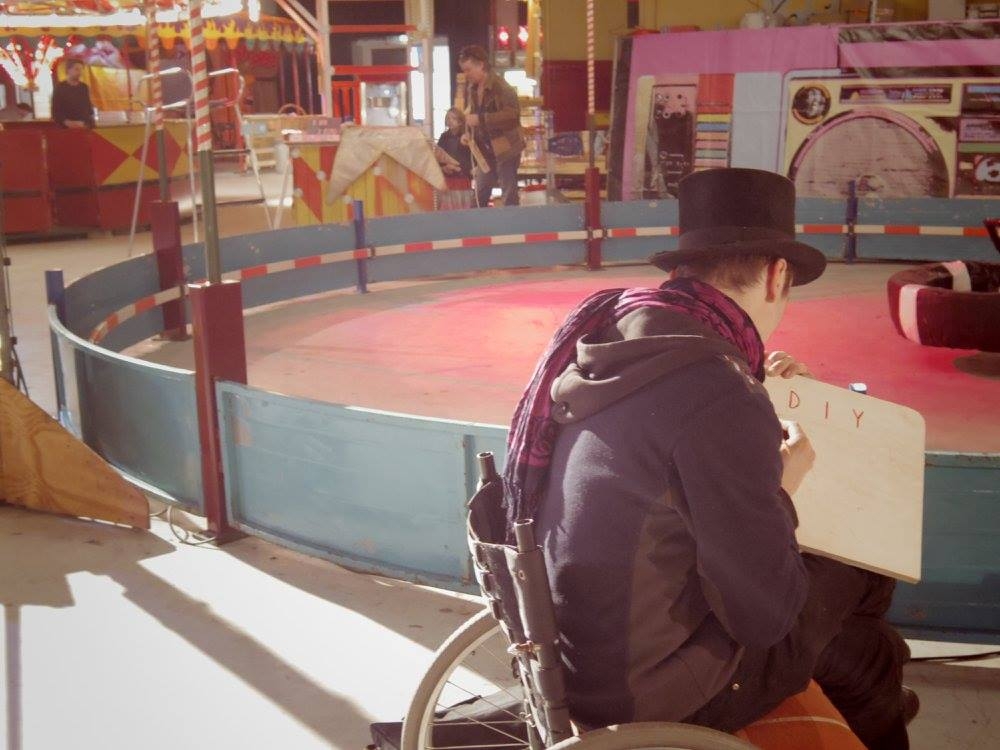